After the year 2017 and a first-quarter 2018 marked by an unprecedented upsurge in computer threats, it is more important than ever to protect its devices and personal data. As is the case every year, major security vendors-Avast, Avira, Bitdefender, ESET, Kaspersky, Symantec (Norton), Trend Micro, Microsoft – are renewing or upgrading their antivirus protection solutions with varying degrees of effectiveness. 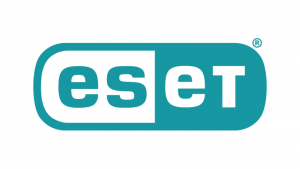 How to choose the best antivirus?

From the constitutional protection features of operating systems to free antivirus to comprehensive ultras security suites, this is a comparison of some of the best protection offerings currently available on the market.

Why install an antivirus?

Whether free or for a fee, the effectiveness of antivirus software is still a matter of debate. However, in the Face of increasingly diverse and sophisticated threats, it is becoming difficult to protect oneself without the help of security tools: antivirus software, anti-malware, firewalls, VPN (Virtual Private Network), etc.

Even hardened users with high vigilance cannot avoid certain types of attacks. In addition to the fearsome ransomware that continues to wreak havoc on public institutions, businesses and individuals, zero-day attacks have exploded in recent months. Particularly difficult to anticipate and detect, they infect computers with malicious loads by exploiting security vulnerabilities of websites, software or servers that have not yet been patched.

CCleaner, Yahoo! Mail, Equifax, HP Touchpoint Analytics, and Keeper are just a few examples of the many services and software that were the victims of zero-day attacks last year. Although no security software can claim to be infallible, most of them minimize the risks.

On the warpath, security publishers have significantly enhanced their detection technologies in recent years. The results of the Independent Testing Laboratories AV-Comparative and AV-Test show that most of the safety suites are now neck and neck with the same or very close detection rate. In this field, however, the editors BitDefender, Trend Micro, Kaspersky, and McAfee stand out by obtaining the best scores in both laboratories.

The tests carried out between October and November 2017 on the latest versions of antivirus take into account the detection rate of different types of attacks (exploits zero-day, ransomware…), the impact on system performance, interface and ergonomics, as well as the number of false positives (harmless program blocks).

The majority of security suites offer multiplatform licenses including Windows, macOS, Android, and to a lesser extent iOS. In general, the protections for Windows and Android are much more advanced than those for macOS and especially iOS which remain partitioned by Apple. According to GFK, BitDefender continues to dominate the consumer antivirus market in France with a 36.5 % market share in 2017 ahead of Kaspersky (35.5%) and Norton (27.5%).

Different design, Malwarebytes Premium is not part of the antivirus products tested by independent laboratories. The paid version of the Californian editor is still an excellent security solution for Windows, but also Mac and Android. The editor focuses mainly on a proactive defense mode to protect users from the most advanced threats: malware, ransomware, exploits zero-day, malicious websites, encryption, rootkits, etc.

Malwarebytes Premium integrates several behavioral and heuristic analysis modules of the latest generation, as well as a virus signature match scan equivalent to those used by traditional antivirus. Ultra-light and reactive, the software is also known for its powerful remediation tools (malevolent charge disinfection technology). A modern solution that now stands out as a most convincing alternative to traditional antivirus.

What about free security suites?

More and more complete, the Free Solutions of Avira, Avast and Microsoft do not have to blush in front of the paid suites. As shown by the comparative VA tests, they were able to block 99.7 %, 99.6% and 99.1% of attacks respectively.

Much to the displeasure of security editors, the antivirus Windows Defender natively integrated into Windows 10 by Microsoft has progressed significantly since the Update Fall Creators Update deployed on October 17, 2017. It now has a set of defensive shields to fight against all types of threats, including ransomware, exploits, malicious websites, etc.

The Windows Security Center also offers a firewall and parental control system; both functions usually reserved for paid security suites. While it is not yet fully competitive with its free and paid competitors and protects only Windows devices, Windows Defender now provides sufficient protection for experienced and careful users.

The Avast Free Antivirus and Avast Free Antivirus suites are really only distinguished by their multiplatform variants and some additional options such as Wi-Fi network monitoring modules, webcam protection, a password manager or an independent VPN (Avira). While Free antivirus has generally improved its defense level, some layers of protection remain reserved for paid versions. Too limited, anti-phishing defenses are one of the main weaknesses of Free antivirus.

In the face of constantly changing threats, traditional analysis techniques based on the signature bases of malicious codes are no longer sufficient to protect internet users. Publishers are now focusing on proactive defense by continually improving their heuristic and behavioural engines. Charged with detecting new malicious programs and variants of those already known, they are based on the recognition of pieces of code as well as on the behavior of files in execution.

In this field, BitDefender, ESET, Kaspersky, McAfee or Malwarebytes possess the most advanced technologies with an almost constant detection rate of 100%. In addition to their various protection technologies, antivirus software is distinguished by its additional functionality (monitoring of Wi-Fi networks, banking protection, web Control Center, firewall, secure browser, VPN)…), as well as multiplatform management, user interface usability, advanced settings, or their impact on system performance.

There are also significant price differences between publishers ‘ licenses this year that are rarely justified. Some publishers such as Symantec, ESET or McAfee offer their subscribers free and unlimited access to their expert customer support. All these criteria must be taken into account before making a choice.